Two new studies, published in the journal The Lancet Neurology, are suggesting increasing levels of a particular brain protein, detected in blood and spinal fluid, could be the earliest sign of neurodegenerative diseases such as Alzheimer’s and Huntington’s. Neurofilament light chain (NfL) is a protein that is released as a result of brain cell damage. It is one of the most promising early-stage biomarkers for a variety of neurodegenerative diseases, including Parkinson’s disease, ALS and multiple sclerosis.

It is commonly suspected that the neurodegeneration associated with many of these devastating diseases begins years, or even decades, before clinical symptoms finally appear. And on the back of many failed drug trials, researchers are beginning to believe that once symptoms eventually appear much of the neurological damage could be irreversible. So finding ways to catch these diseases at the earliest possible point will be vital in delivering effective treatments.

Huntington’s disease is a heritable neurodegenerative disease with no cure. Clinical symptoms can begin appearing at any age, however, generally the condition doesn’t become apparent until middle-age, and once symptoms do appear a gradual decline to death takes place over about 20 years. Researchers have homed in on a number of clues, both behavioral and physiological, to detect the earliest stages of the disease but a new study from an international team of researchers is suggesting NfL levels in cerebrospinal fluid (CSF) could detect Huntington’s neurodegeneration up to 24 years before the clinical onset of the disease. 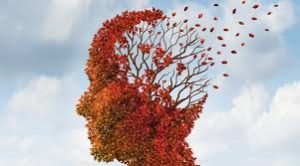 “Other studies have found that subtle cognitive, motor and neuropsychiatric impairments can appear 10-15 years before disease onset,” explains co-first author on the study, Rachael Scahill. “We suspect that initiating treatment even earlier, just before any changes begin in the brain, could be ideal, but there may be a complex trade-off between the benefits of slowing the disease at that point and any negative effects of long-term treatment.”

The new study presents the most detailed investigation ever conducted into early-stage Huntington’s disease biomarkers in a young cohort of patients. The study recruited 64 subjects, all carrying the Huntington’s gene mutation, and all estimated to be an average of 24 years ahead of the disease onset. The cohort was subjected to a large assortment of tests, with the researchers searching for an early sign of the disease. Elevated CSF NfL levels, compared to a control group, turned out to be the most prominent early sign of the disease. The researchers suggest this is the earliest sign of neuronal damage related to Huntington’s disease ever detected, and offers scientists a new biomarker to use to recruit subjects for clinical trials testing new preventative treatments.

“We have found what could be the earliest Huntington’s-related changes, in a measure which could be used to monitor and gauge effectiveness of future treatments in gene carriers without symptoms,” says co-first author Paul Zeun. In the Huntington’s study it was primarily NfL levels in spinal fluid that presented as the most effective early diagnostic biomarker of the disease. However, another new study examining NfL levels in relation to Alzheimer’s disease, is suggesting a more simple blood test could be useful in detecting NfL changes for that particular neurodegenerative disease.

A study published early in 2019 suggested increasing NfL levels in blood samples could detect Alzheimer’s disease around a decade before clinical symptoms appear. Yakeel Quiroz, from Harvard Medical School, wondered how early this biomarker could indicate the neurodegenerative disease.

“We wanted to determine the earliest age at which plasma NfL levels could distinguish individuals at high risk of Alzheimer’s,” says Quiroz, co-first author on the study.

The researchers examined more than 1,000 subjects with a particular familial genetic mutation that makes them at a high risk of developing Alzheimer’s disease. The cohort was aged between eight and 75 years, and the results remarkably revealed increasing NfL levels could be detected at the early age of 22. The estimated median age of onset for mild cognitive impairment associated with this form of familial Alzheimer’s disease is 44, so the researchers say the biomarker could indicate the very earliest stage of neurodegeneration linked to the disease, 22 years before symptoms appear.